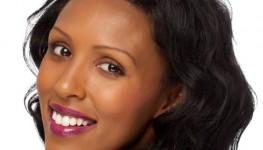 Officially, the purpose of the eyebrows is said to be to prevent sweat and debris from reaching the eyes. But clearly their more important role is as a component of attractiveness and expressivity.

Evaluation of the brows include their position, their shape, and the expression they create. Low brow position can contribute to the heaviness of the upper eyelid area and in turn to an appearance of fatigue. This is true in men and women. In women only, flat shaped brows may be less attractive than those shaped as an arch. Finally there are people whose resting expression appears angry or upset because of the natural frown their brows form.

We prefer the more modern and less invasive method for brow lifting, namely the endoscopic technique. An endoscope is essentially a long thin camera that allows us to visualize human anatomy and perform surgery from a small distance. For instance in browlifts we can make small incisions in the scalp and yet operate upon the brows, so that the resultant scars are small and can be hidden by hair.

There are two types of endoscopic browlifts. A “temporal browlift” elevates the outer third of the brow only, through a scalp incision in the temple area. It does not allow elevation or reshaping of the central two thirds of the brows. The scalp incision is carried down to a lining tissue. The endoscope is then inserted allowing us to peer under the forehead skin to release the ligaments which pull the brows down. The forehead skin and brows can then be elevated and fixated to the lining tissue with sutures. This is a straightforward procedure which causes modest post-operative pain durning recovery. A full browlift utilizes the approach outlined previously by a temporal browlift and adds two additional scalp incisions on either side of the midline of the scalp. Through these central incisions, the inner two thirds of each brow can be released, elevated, and/or re-shaped. Deep frown lines can also be addressed by weakening the muscles that cause them at this site. At this central position of the scalp there is no lining tissue to anchor the elevated scalp. Instead we affix an absorbable pin called an Endotyne to the outer surface of the skull and drape the elevated scalp over it. This allows elevation, and re-shaping of the entire brow when necessary. This operation is uncomfortable for patients initially and so is only recommended when the patient’s anatomy, expression and goals warrant. When performed separately a full endoscopic browlift is a less than one hour procedure under anesthesia and requires approximately a one week recovery.

Preparation includes avoidance of medications such as Aspirin or Advil which can cause bleeding for two weeks prior to surgery. Shampooing on the morning of surgery is also recommended. A browlift requires anesthesia and varies in time from 30 to 60 minutes. Recovery is one week or less for a temporal browlift and approximately two weeks for a full browlift.