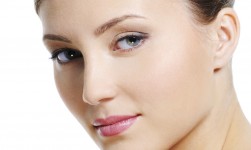 The nose is central to the face and as such, plays a prominent role in one’s appearance. When proportionate, it blends seamlessly with the remaining facial features. But when it is disproportionate, it can detract from a person’s attractiveness.

Complaints about the appearance of the nose fall into two major types. These include a prominent bridge (“hump”) primarily seen on profile, and those about the nasal tip which are often described as wide or droopy. A prominent bridge requires removal of excess and stiff cartilage, with re-approximation of the bones back into a pyramid shape (That is why it is said that the nasal bones must be “broken” during a rhinoplasty). A wide or drooping tip is addressed by sculpting the soft cartilages into the proper shape.

The objective of a rhinoplasty is to modify the nose only enough to create an improved, natural shape proportionate with the remainder of the facial features. Rhinoplasties may be performed with one of two techniques. The first is called an “open rhinoplasty” it begins with an incision across the base of the nose called the columella and extends into internal incisions. These allow the skin of the nose to be temporarily lifted exposing the bone and cartilage which must be modified. This procedure results in a tiny scar across the columella. In our practice, it is unusual for us to perform open rhinoplasties except in re-operations or in difficult circumstances. We instead prefer to use a technique called “closed rhinoplasty with tip delivery” because it avoids the scar, leads to less swelling, and yet provides a reproducibly pleasing, natural result. On occasion we will address a weak chin with a chin implant or fat injections in conjunction with a rhinoplasty to further improve facial balance.

Rhinoplasties are often performed on teenagers who are particularly bothered by the appearance of their nose. In this age group the improvement in self-confidence provided by the procedure can be dramatic. Many young adults who object to their nasal appearance and experience difficulty breathing, possibly due to a prior nasal trauma, and older patients undergoing other facial rejuvenation procedures, seek and are pleased by rhinoplasties as well. Those patients with severe deviation of the septum and difficulty breathing are referred to one of our Otolaryngology colleagues. When needed, the functional and cosmetic procedures can be performed simultaneously.

Patients’ goals are elucidated through an analysis of their anatomy and modifications of their own photographs to simulate their post-operative appearance. Realistic expectations are outlined, with the objective being an improved but natural, non-operated appearance. The surgery is done under general anesthesia and typically takes approximately two hours or less. At its conclusion a metallic splint is placed on the nose for protection. We do not use nasal packing. Specific post-operative instructions are provided before the surgery. The procedures causes nasal stuffiness but typically only modest pain. The nasal splint is removed five days after surgery. The initial bruising and swelling may last ten days at which time patients are more than presentable. But, it is common for the final nasal swelling to dissipate slowly over the course of six to twelve months.